Back in April of 2018 I published a case study demonstrating the (positive) impact the MySQL query cache generally has on application performance and scalability for Magento. A recent issue at work has further highlighted this. I posted a quick update about it on Twitter:

The alerts came in on the afternoon of Cyber Monday. Additionally, the client reported that the admin panel was more or less unusable and they were receiving payment transaction failed emails with the following reason… 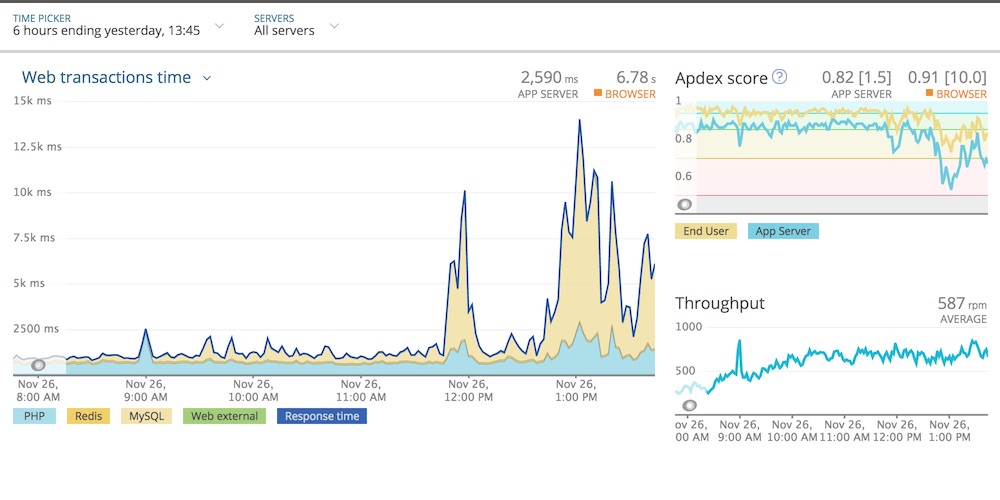 Additionally, in the AWS console we could see the Aurora instance was at 100% CPU utilization… 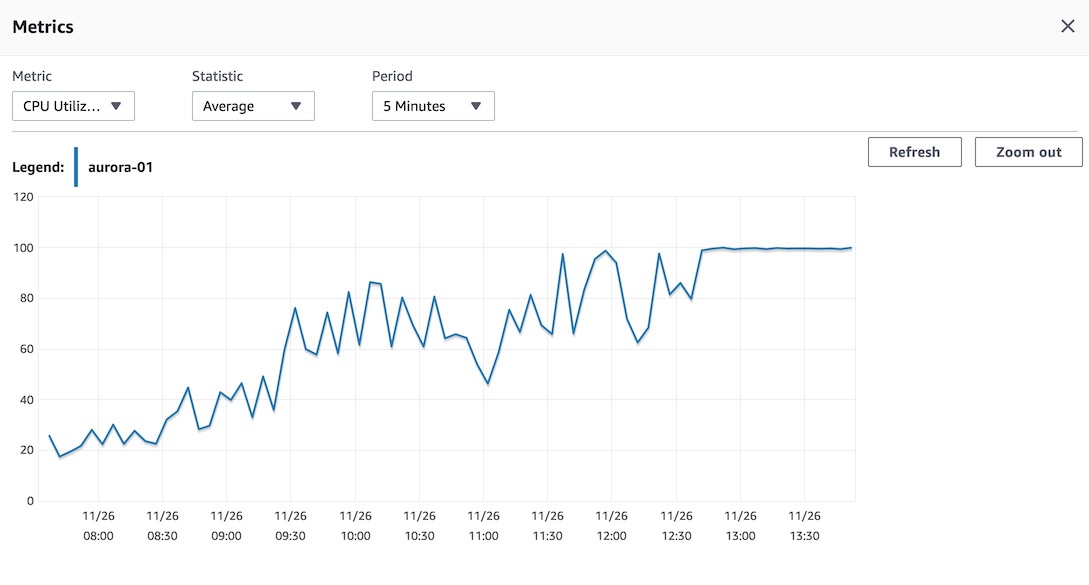 What Was MySQL Doing?

From the “Databases” tab we could see that the vast majority of the time was being spent on SELECT queries issued to the salesrule table.

We knew that Magento out-of-box runs a very inefficient SELECT query against that table and even have a patch for it, however, these queries weren’t quite the same. They looked like this:

It turned out that the SELECT query was being customized by the Amasty_RuleTimeConditions module. It was adding the additional WHERE conditions

What Could We Do?

Adding compatibility with Amasty_RuleTimeConditions to our patch for the Magento SELECT and testing and deploying in the midst of a Black Friday emergency didn’t seem like the best course of action. As we looked more closely at the Amasty customization we noticed the following…

Because it was adding the current date including seconds the SELECTs would only be valid in the query cache for 1 second. Basically what this code was doing was allowing more fine grained control of the promo start and end time, down to the second level. However, our client didn’t have their promo configured to to start and end with second level precision (I double anyone does, for that matter). As such we could strip the seconds from the query. This would make it 60X more likely that the query would hit the query cache.

Upon implementation of our fix we immediately saw a massive improvement in MySQL performance.