I’ve recently started tracking Paint Metrics for this website in Google Analytics. I took a few missteps along the way. In this post I want to share my experience.

My initial implementation was based of code that has subsequently been removed from web.dev. It used Google Analytics’ User Timings feature to send the data. The code looked like this:

After collecting a bit of data I noticed that the average didn’t seem to match reality.

For the “average” user this site definitely doesn’t take 15.94 seconds to reach first paint…what could be going on?

Switching to the “Distribution” tab in Google Analytics provided an answer to this question.

From the histogram we can see that the average number is being swayed by a small number of outliers where the value is extremely high (the 60 - 600 second bucket).

As it turns out, it’s much more useful to be able to look at histograms and percentiles for these metrics.

At this point I started to do a bit of research into my options for accessing percentile data for Paint Metrics in Google Analytics beyond the Distribution tab histogram. While it’s possible to get an approximation of the median from the histogram in the Distribution tab, there is a better strategy outlined in Phillip Walton’s post “The Google Analytics Setup I Use on Every Site I Build”.

The idea is to use create a custom dimension (e.g. “Hit ID”) and set it to a unique value on each page load. It can then be used as a “Secondary Dimension” when viewing User Timing data, which allows you to separate out each individual timing value. From there you can get the exact median or other percentile values.

I borrowed some code from Phillip’s analyticsjs-boilerplate and implemented as follows:

With this change I could see each individual timing in Google Analytics: 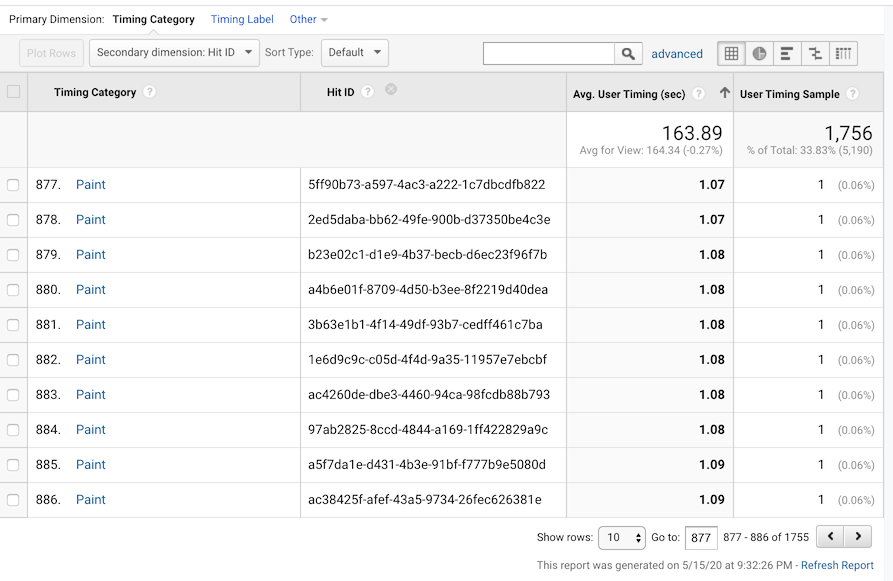 I was closely referencing web.dev’s metric’s guide while setting this up and at one point I noticed the JavaScript code snippet I had used was no longer published on the site and was replaced with a link to web-vitals. I clicked through on the link to learn more.

While it wasn’t immediately obvious what the benefits would be from switching from my current implementation to web-vitals I figured it was probably doing something better than I had been. Additionally, I noticed that the README recommended sending the data to Google Analytics as an Event rather than a User Timing.

Since web.dev is the authoritative source on the matter I decided to give this a shot.

I soon recognized several benefits with this approach compared to what I was doing previously:

The number of extremely high value anomalies has drastically decreased since switching to web-vitals. I believe this is due to the code in this commit which excludes paint metrics from “background page loads”.

Sending the data to Google Analytics as an Event as recommended by web-vitals doesn’t require the Hit ID custom dimension as it sends a unique value in the Event Label.

The screenshot below demonstrates both of these benefits 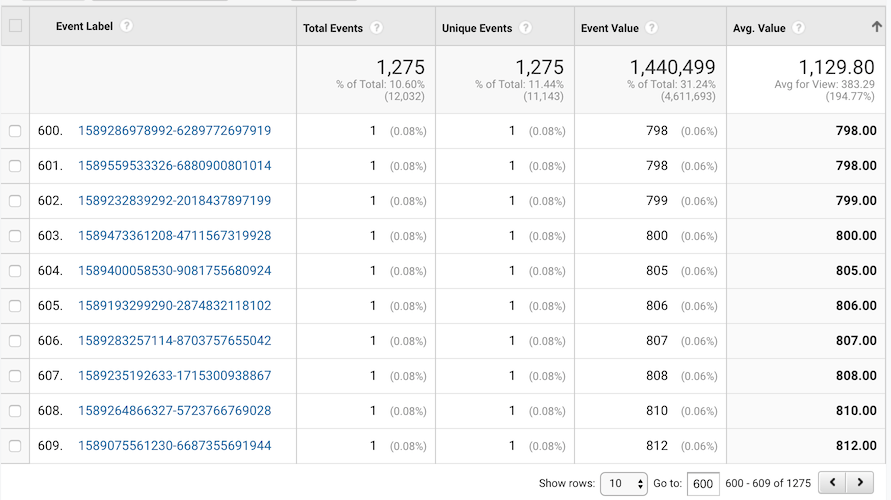 The only advantage I can see to using User Timings instead of Events is the histogram on the Distribution tab. However, in reality Google Analytics’ built in histogram is fairly limited and you’ll be better off exporting the data to visualize in Google Sheets or Excel where, amongst other things, you can control the bucket size. 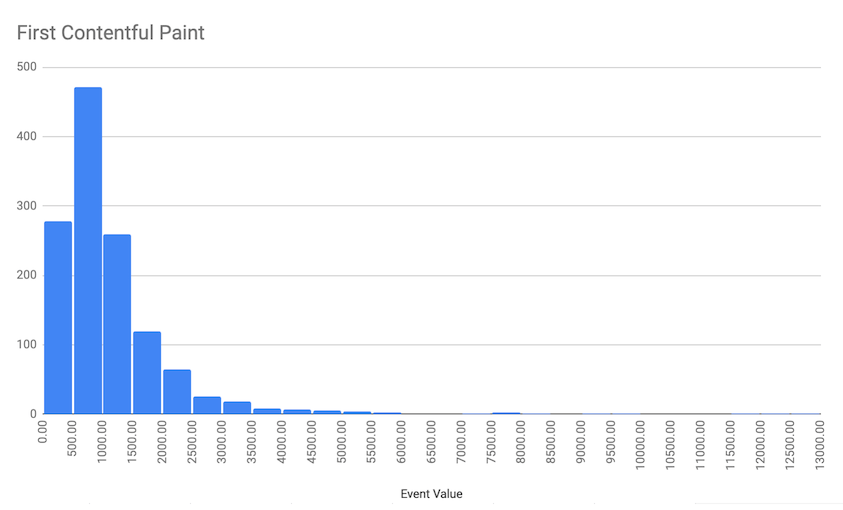